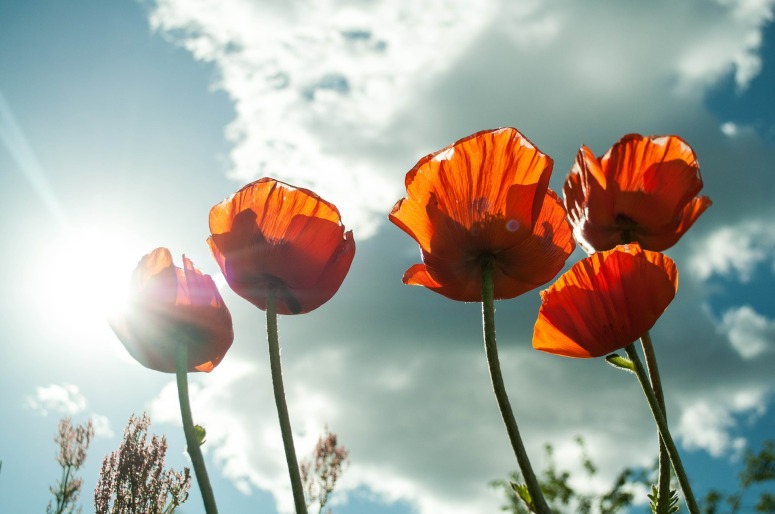 In my house, summer is a two-edged sword. On one hand, the weather is beautiful, the days are longer, and the stress of getting the kids out of the door each morning looking halfway decent with their homework done just fades away.

On the other hand, summer also means spending all day together in close quarters, which is … intense. There’s fun and games, but there’s also a fair share of bickering, whining, and sulking that on occasion has me contemplating the idea of pulling my hair out one strand at a time.

One of my methods to minimize the drama is to keep everyone busy. I’m first in line for any camps, programs or activities than can keep us sane and entertained on the cheap.

One of our tried and true go-tos is a week-long Vacation Bible Camp at a church in our area. My kids love it. Due to the beverages, snacks and quiet place to relax they provide for the moms, I love it, too. I always leave feeling rejuvenated and refreshed.

So when Camp Week 2017 rolled around a few weeks ago, the bar was set high. As usual, we weren’t disappointed. After leaving the church on Day 2, we piled into the car for what we assumed would be an uneventful trek home.

But about five minutes into our ride along the freeway, we were met with an endless sea of brake lights. I’d noticed some construction the day before, so I figured things had just slowed down a little from the increased volume during the midday hours. No big deal, I thought. I’d been stuck in traffic before. How bad could it be?

Bad. It could be very bad.

Our typical 25-minute commute took an hour and a half.

On a seasonably warm spring day, a brisk fall afternoon or even a winter morning sans northeast Ohio snowstorm, this predicament would have been a rather significant inconvenience. But this was summer. And not just any summer day. This was a my-face-is-melting-and-now-I know-what-those-Boston-Market-rotisserie-chickens-feel-like kind of summer day.

And even that wouldn’t have been so bad had there been, say, a bit of fresh air by way of a breeze or a functioning air conditioning unit. I’m sad to say we had neither. What we did have were rancid fumes seeping into the car and an additional 20 degrees of heat coming from the the two 18 wheelers we were sandwiched between.

Blaring horns and looks of disgust and dejection from the other drivers and passengers around me confirmed that this was more than a rather significant inconvenience. This was bad. All the way bad. Pouring sweat, near tears, the course of my whole day has been altered kind of bad.

So, there we were, stuck in an unforeseen, undesirable situation with no conceivable way out. When we were just trying to do something good. Something productive. Something of value.

Each of my children coped differently with the situation:

Gabrielle, my extremely optimistic 10-year-old, always sees the glass half full and wants to make the best out of any situation. She instinctively struck up a conversation as if everything was perfectly normal. I’m not 100 percent sure what she was talking about because I may or may not have turned the music up loud enough to drown out her voice. Nothing personal. It was just way too hot to listen.

My 8-year-old son, Marcus, is a different breed. He’s the type of guy that likes to freely express his frustration. So he came full force with the tears and the “I’m hot! I wanna go home!” and all the other sentiments of desperation that a predicament like this wouldn’t be complete without. No surprise there.

The biggest shock of the day was five-year-old Nia. She’s hands down the most colorful, spirited and opinionated of the bunch. As time ticked on and we weren’t any closer to home, I knew it was only a matter of time before she pitched a world-class fit.

But one glance in my rear view mirror showed me she was wise beyond her years.

In this 200-degree den of hopeless frustration, she was sleeping.

It was kind of like that time Jesus’ disciples found themselves on a “Gilligan’s Island style” excursion in Matthew 8. Verse 23 says that the disciples followed Jesus onto a boat. Where they saw Jesus go, they went. They were doing what they believed they were supposed to be doing. They were doing “the right thing.”

And there they are with Jesus when a storm comes that’s so severe the boat starts rocking and shaking violently until it starts to get swamped by the waves.

Can you relate? Do you know the feeling of trying to follow Jesus the best way you know how, trying to walk the straight and narrow, only to have your boat swamped by the waves? There you are, attempting to obey the Lord when you’re confronted with some sort of mental, physical, emotional, financial or relational difficulty?

Following Jesus does not guarantee a life free of difficulty.

The disciples panicked. The storm was so relentless they thought their very lives hung in the balance.

And what was Jesus doing during the storm?

During one of the most tumultuous times in the disciples’ lives, it seems as if the Lord is unaware, disconnected and disengaged.

But things are not always as they seem.

The disciples ask Jesus to wake up and save them. To this request, Jesus responds with a question. But not the kind of question you answer. The kind that’s meant to get you thinking and help you discover something.

“Why are you afraid, O you of little faith?” Jesus says.

Jesus doesn’t tell the disciples they have “no faith.” He says they have “little faith,” as in “ineffective,” “deficient” or “defective” faith.

God’s interaction with you and I is always aimed at building our faith. When God doesn’t respond in the way we’d hoped or thought He would, it’s easy to interpret it as disinterest on His part or even His inability to intervene.

But we’ve got to remember that God acts based on at least three things:

2) His complete power and control over all things

I believe faith is how five-year-old Nia was able to sleep during our disastrous ride home that day. Maybe she didn’t know how, but she had confidence that we would make it to our destination. She had an inner assurance about what the end would be without being able to see it. And it allowed her to rest easy.

Jesus wanted His disciples to cultivate that same kind of faith – the kind that would believe God was in control and could calm the waves on the sea even before they saw it happen.

In the midst of life’s traffic jams, with no end or alternative options in sight, God wants you to rest easy. In the face of trouble in the home, drama on the job or confusion in your mind, God wants you to find such a peace and calm in Him that you grab your pillow and rest right beside Him.

God doesn’t promise to take away all of our storms, but He does promise to give us rest in spite of them.

Come to me, all who labor and are heavy laden, and I will give you rest. Matthew 11:28

Is there some insurmountable challenge in your life that’s causing you to panic and worry? How might God be inviting you to exercise a greater level of faith?