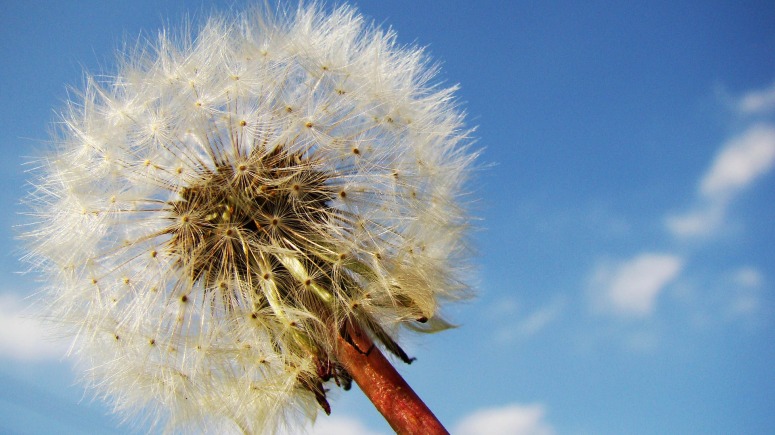 By “taken up” I mean that I’ve been moderately attentive to the flowers and other plant life in my yard. I’ve occasionally done the work of planting, tilling and watering. Additionally, I have chosen the lowest maintenance greenery money could buy. The fact that any living thing has survived at all is a testament to the resiliency of the plant kingdom and the grace of God.

Because of my marginal involvement, I typically end up with my fair share of wild, unwanted plants growing alongside the ones I’m trying to maintain. We all know them as weeds.

In my assessment, this is the most obnoxious thing about gardening, by far. It seems that no sooner than I pull the weeds, dozens more grow in their place.

I’ve noticed that weeds love to fill empty, unattended places. It might start off with just a weed or two, but if you’re not careful, those two weeds will multiply, dominate and choke out any surrounding legitimate plant life.

The other thing that blows my mind about the whole situation is that a weed can thrive with no real effort on my part. Meanwhile, the few things I’ve purposely planted struggle to survive amidst a hope, a prayer and whole lot of Miracle Gro.

I can’t help but see the parallels between the plant world and my own life. If I’m not intentional about tending the soil of my heart on a regular basis with prayer and the truth of God’s Word, weeds like excessive anger, gossip and jealousy will pop up in my heart. I won’t have to “plant” them necessarily. They will manifest themselves simply because I haven’t worked to cultivate anything else.

A few small weeds won’t seem like that big of a deal at first. They never do. So I’ll say, “I’ll get rid of those weeds later. There are only a few of them.”

But when “later” finally arrives, those few weeds are bigger, stronger and more plentiful.

And all of that is rather overwhelming and depressing to think about. And it’d be a lot of work to remove them all, much more work than when I’d first noticed them. So I put it out of my mind and decide to revisit the issue at a later date.

Then I tell myself a little story so it all makes sense:

You’re tired and you need rest. It’s just not a good time for weeding.

Maybe next season. There’s no harm in putting it off for a while.

What’s the big deal anyway? Who doesn’t have a few weeds here and there?

You’ll be more prepared to deal with it later.

Since we’re being honest here, all the areas of my yard don’t suffer from the same amount of neglect. In fact, when it comes to the front yard, there are many days when I put in quite a bit of effort into keeping things up to par. That’s what everyone can see. We can’t let the mail man know how I really live my life, now can we?

But the backyard? There are some nooks and crannies back there that are hidden from the public 99% of the time. So if any weeds take root in that space, it’s kind of a non-issue, relatively speaking.

These types of weeds are the most dangerous – hidden struggles like unforgiveness, envy and bitterness. Outwardly, you look like you’ve got it all together. But inwardly, the identity, purpose and calling God has for you is being choked out by these ugly, unwanted guests that want to control your life.

And since they’re hidden from other people, we tend to view them as very low on priority list of things to handle. Sometimes, we don’t deal with them at all.

So here’s my encouragement to you today. Get out there, roll up your sleeves and tend to your weeds. The work will be hard. You might even suffer from a few sore muscles. But if you’re going to grow and blossom into all that God wants you to be, you can’t afford to have your focus, purpose and potential snatched from you by a common weed.

Remember that weeds love to fill empty, unattended places. Be very intentional about how you spend your time and what you allow to fill your mind. Large quantities of free time and unused energy can make the soil of our hearts ripe for weeds to run rampant if we don’t channel them in the right direction.

One of the values we’re trying to instill in our kids is the value of hard work. We tell them “hard work pays off” because we want them to know that at the right time, you’ll see a reward for your effort.

And so it is with you.

… whoever would draw near to God must believe that he exists and that he rewards those who seek him. Hebrews 11:6b

The work of weeding out ungodly attitudes, tendencies and thought patterns is not for the faint of heart. But God has promised that those who truly seek Him and make an effort to do the inner work of aligning their life to His will receive the rewards of increased connection and intimacy with Him and a heightened awareness of His purposes and His ways.

During this season of your life, what is God prompting you to weed out?

What narrative are you telling yourself to justify not putting in the hard work of removing those weeds?

What rewards are you forfeiting because you haven’t yet done the work?

Begin right now to thank God for the power He’s given us through Jesus to grow, develop and thrive!